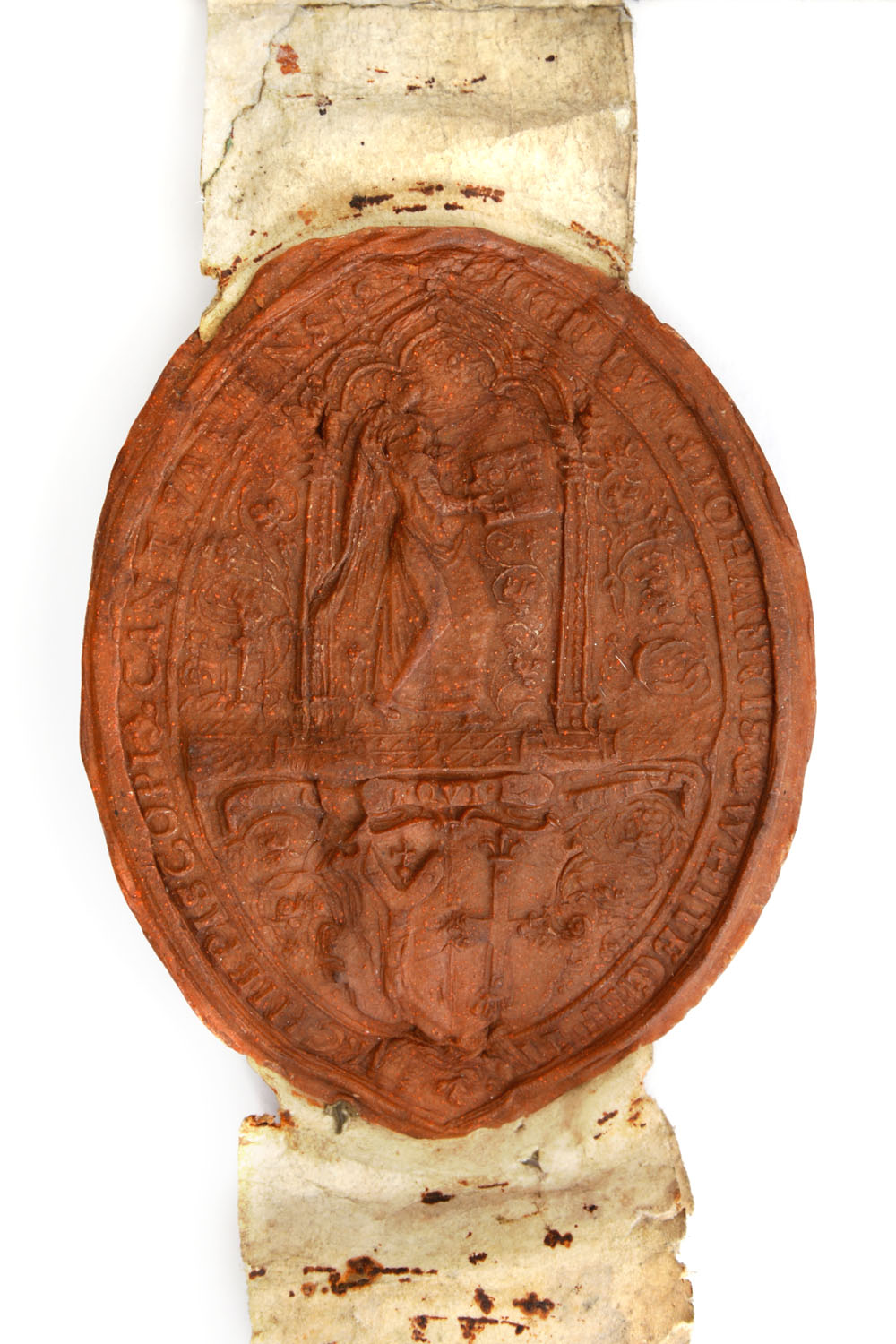 John Whitgift was one of the first Church of England archbishops of Canterbury. He served Elizabeth I and James I, rather than the Pope, between 1583 and 1604.

Whitgift's oval seal depicts a kneeling figure with another behind, both under an arch. Trails of flowers are at either side, with the archbishop's arms below. Whitgift's name and titles are given on the legend.

Archbishops typically had two seals: a 'business seal, used regularly, and a 'seal of dignity' used more rarely. The seal here is Whitgift's seal of dignity. It is affixed to a document of 1589 for improving the management of John Isbury's charity in Lambourn. 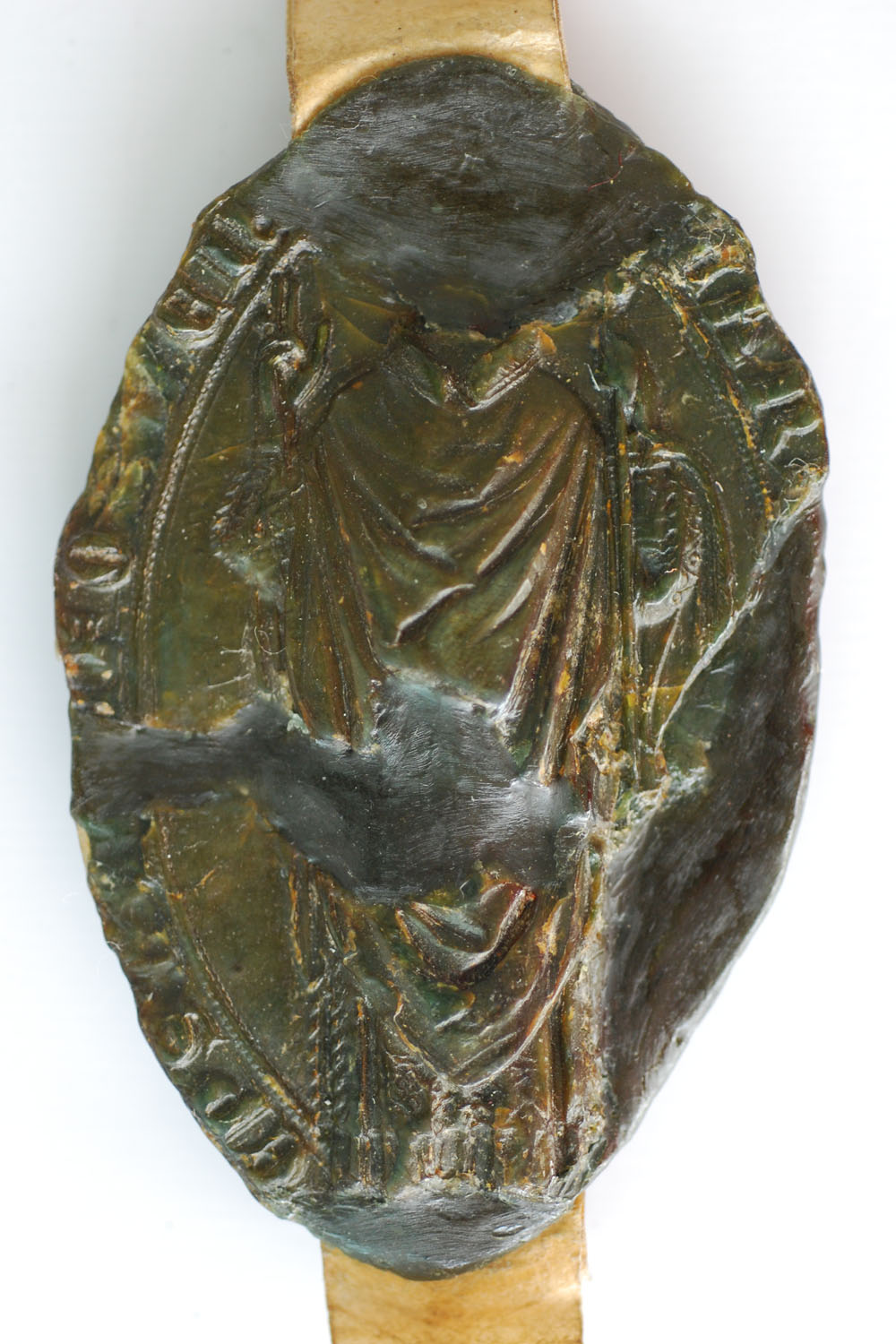 The Bishop of Hereford

A more typical bishop's seal, this one depicts Richard Swinfield standing with his right hand raised in blessing and his crozier - or shepherd's staff - in his left.

The reverse of the seal is in red, rather than green wax. That depicts the saints of Hereford Cathedral - St. Mary and St. Ethelbert, while the profile of a figure kneels in prayer below them.

The document here is an 'indulgence' to forego atonement for sin for 30 days. This indulgence was made to anyone making a gift to St. John's Hospital in Wallingford, and dates from 1287. The Hospital was founded by the town earlier in the 13th century and remained treating people until it was dissolved during the reformation. 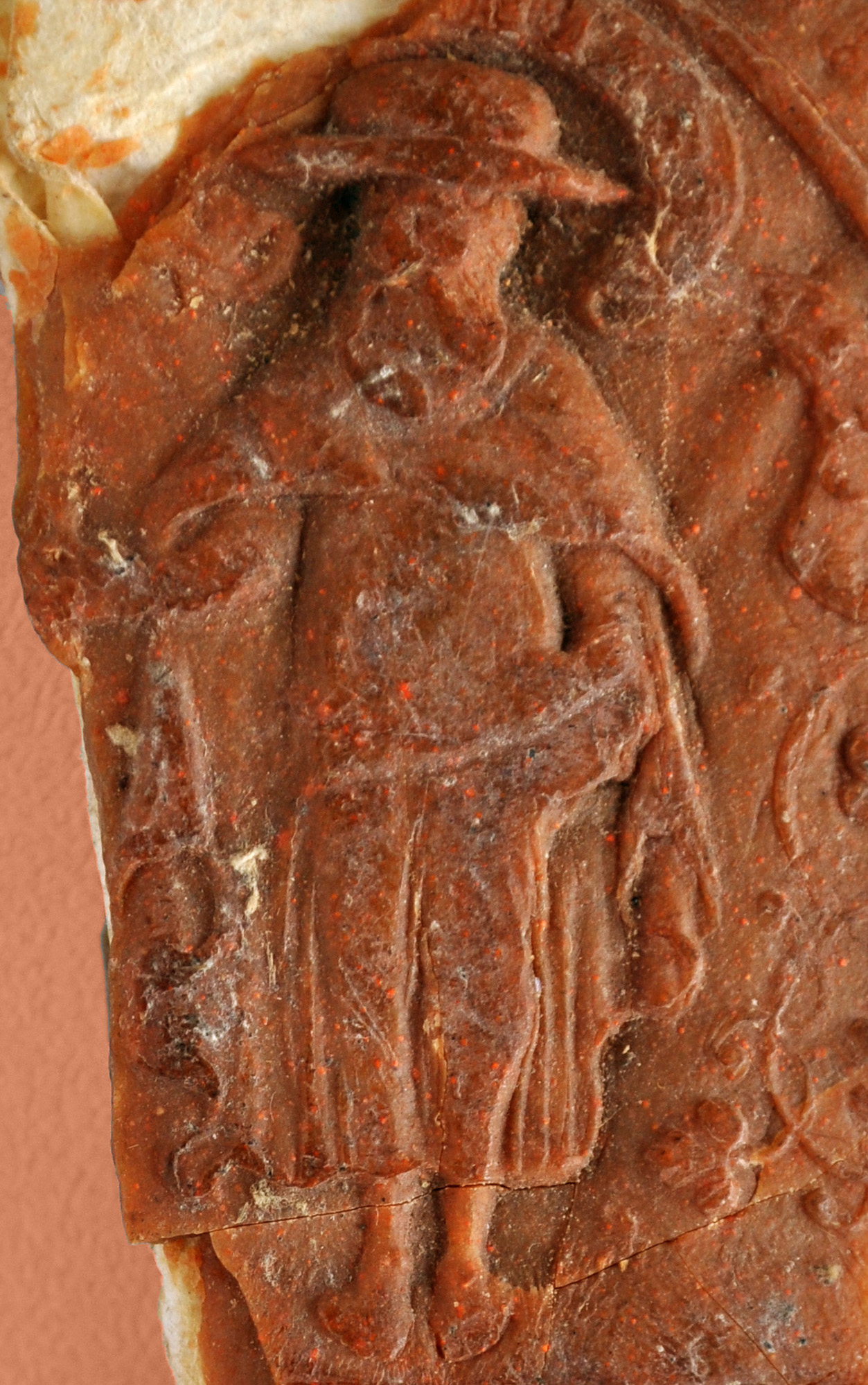 The Bishop of Salisbury

This very rare seal belongs to Edmund Gheast (or Guest), who was Bishop of Salisbury 1571-1577. It is probably the only surviving example of his seal.

The seal itself shows the standing figure of St. James the Apostle, dressed as a pilgrim. He wears a calf-length coat, a cloak and a brimmed hat which is decorated with a scallop shell. Gheast's heraldic shield is below.

The document itself lists the parish priests of Englefield and Brimpton for the years 1315-1330, and was probably produced for a court case. 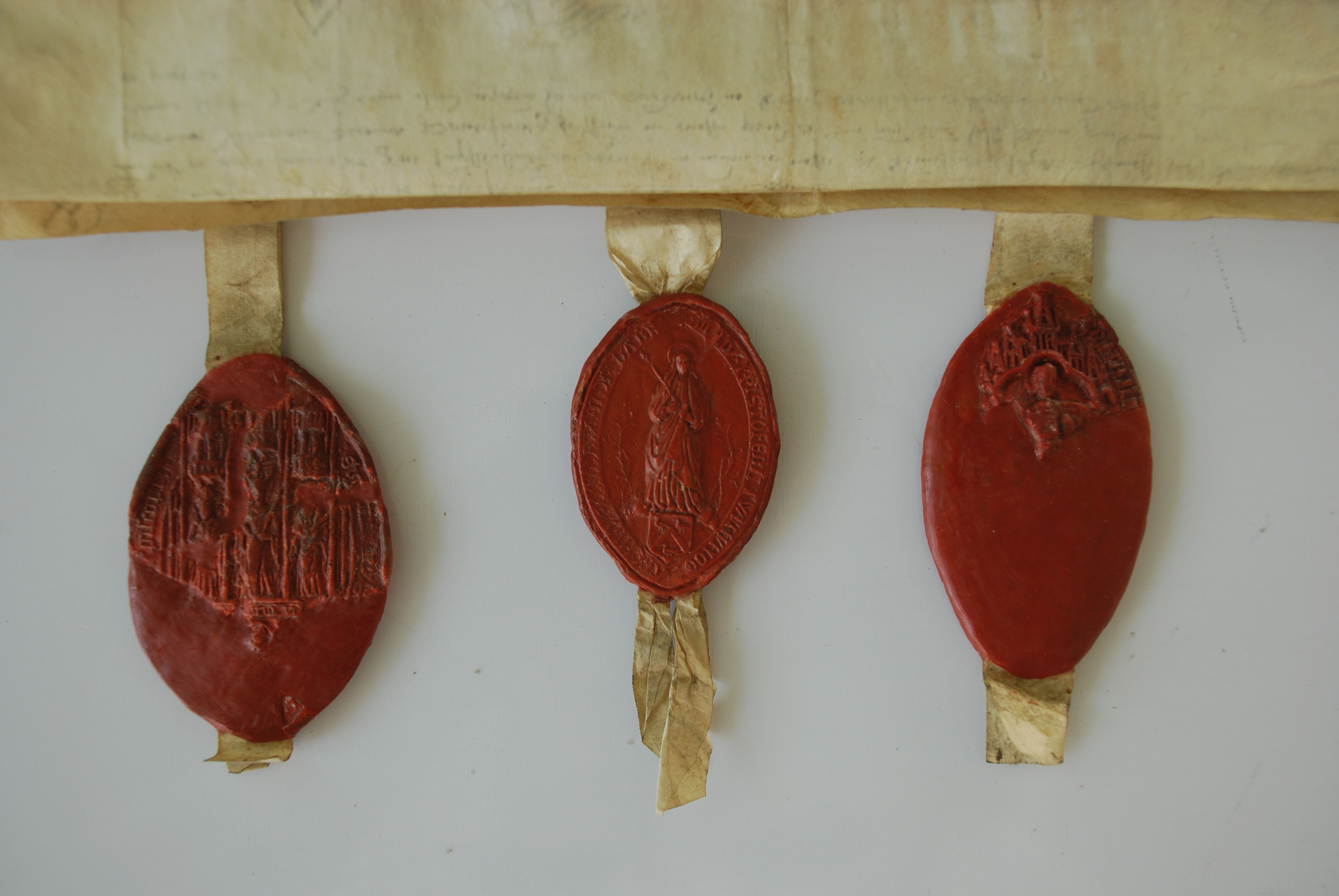 The Archdeacon of Berkshire

Every senior church official had a seal. This one belonged to Christopher Twynho, who was the son of a rich Gloucester cloth merchant. He was archdeacon of Berkshire in 1507-1509.

His seal is attached to a document which confirms the foundation of John Isbury's Lambourn charity. The charity provided for a chantry hospital in Lambourn church and almshouses for ten poor men. The charity is rare in that all its founding deeds survive. This one is dated 1507.

The oval seal shows the Virgin Mary standing with a flowering rod in her right hand. She is flanked by two lily plants while below her is Christopher Twynho's heraldic arms.

It is thought to be the only surviving example of this seal.