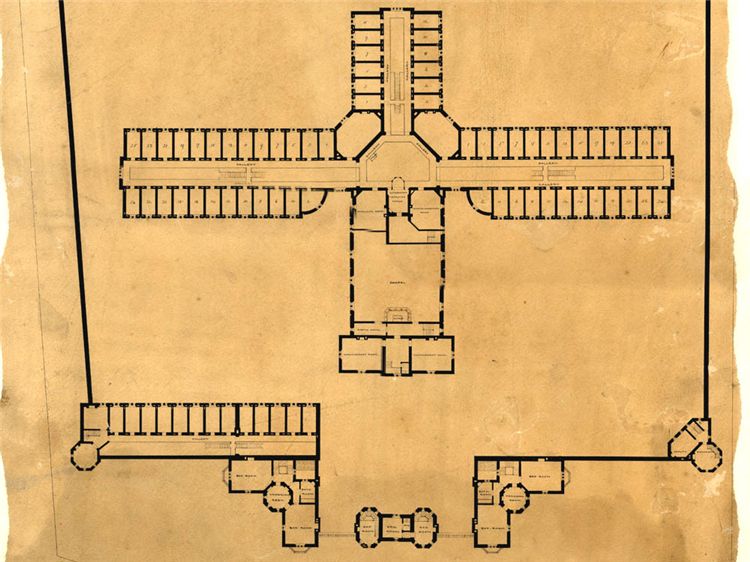 Plan of the first floor at Reading Gaol

The Berkshire justices received 17 entries in their competition to design a new gaol. They chose Scott and Moffatt's iconic design with the help of Sir Joshua Jebb, the Government's Inspector of Prisons.

This working drawing (scale 1 inch: 20 feet) was produced by Scott and Moffat in the summer of 1842, shortly after they had won the competition. To the right can be seen the original gatehouse and women's wing, both since demolished. In the cruciform core are, clockwise from the top, wings C, D, A and B. This is the third floor of the gaol as originally configured. The chapel can be seen in D wing, while the gallery of C3 - including what would become Wilde's cell - is also shown.

The gaol took longer than expected to build. This was partly due to the exceptionally wet spring of 1843, partly due to the bankruptcy of the main contractor, and partly due to delays caused "by the difficulty of removing the old foundations of the Abbey." Eventually, the original budget of £25,000 nearly doubled to £44,000. 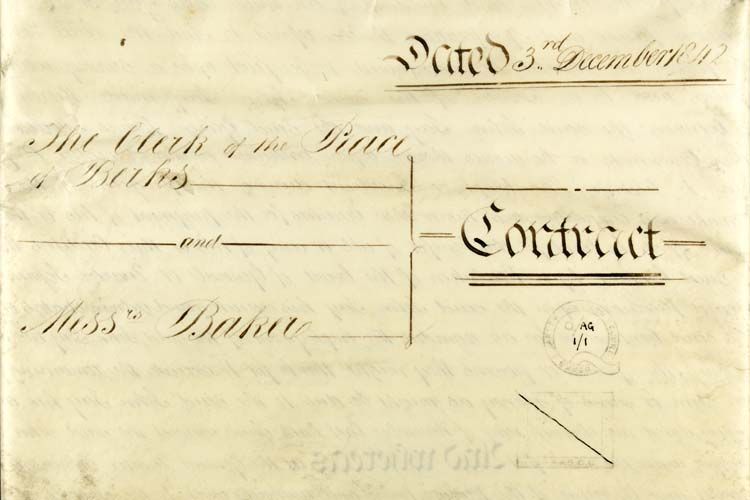 Baker and Sons, whose premises were beside the Thames in Lambeth, were one of the companies to submit a tender for building the new gaol. They were initially unsuccessful: outbid by John Jay, a stonemason based in the City of London.

But by November 1842 Jay was declared bankrupt, having found himself unable to fund his expanding business. The Berkshire justices made contact with Baker once more and this contract for the gaol's construction was signed one month later. It includes clauses enforcing Baker's tender at fixed prices, as well as an agreement by Baker to pay £200 to the County for the scrap value of the fixtures and fittings in the old gaol and governor's house.

Jay was eventually able to repay his creditors and his business recovered: his firm would go on to build the Metropolitan Line, Paddington Station and the Victoria Tower at the House of Lords. Baker and Sons' most notable project was constructing the Natural History Museum. 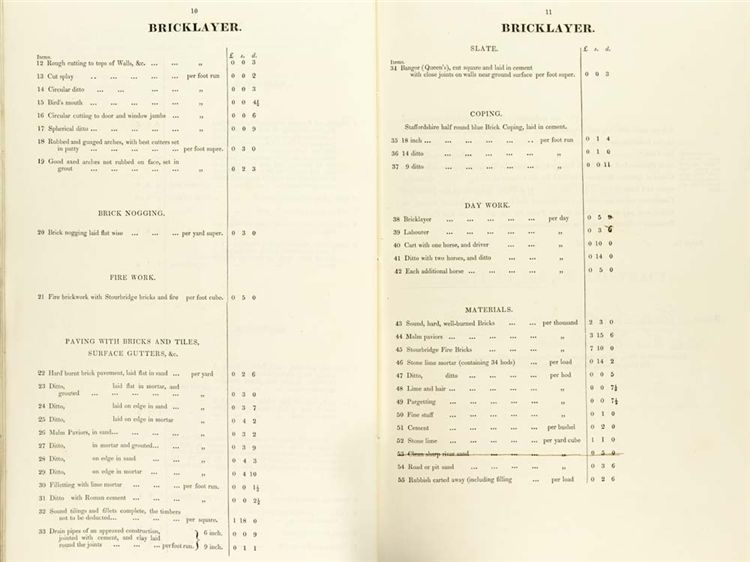 These printed tender documents were how the County received expressions of interest from firms who wished to build the new gaol. Seven tenders were returned.