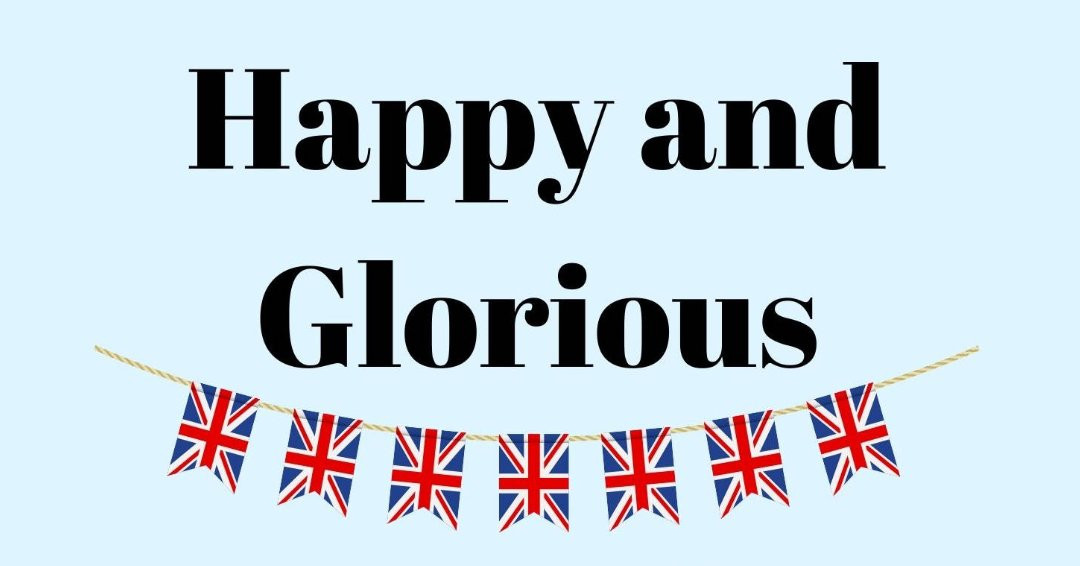 HM Queen Elizabeth II is celebrating her Platinum Jubilee for 70 years on the throne this year. To mark this event, the Berkshire Record Office is putting on an exhibition entitled ‘Happy and Glorious’, focusing on her longstanding connection with Berkshire.

HM Queen Elizabeth II acceded to the Throne after the death of her father, King George VI, in February 1952. After a period of national mourning, the coronation ceremony took place at Westminster Abbey on 2 June 1953. Millions of people watched and listened to the occasion whilst communities came together to celebrate. There are records of parades, carnivals, sport events and teas being held throughout Berkshire to celebrate. Items from the celebrations in Newbury will be on display along with other items relating to the coronation. 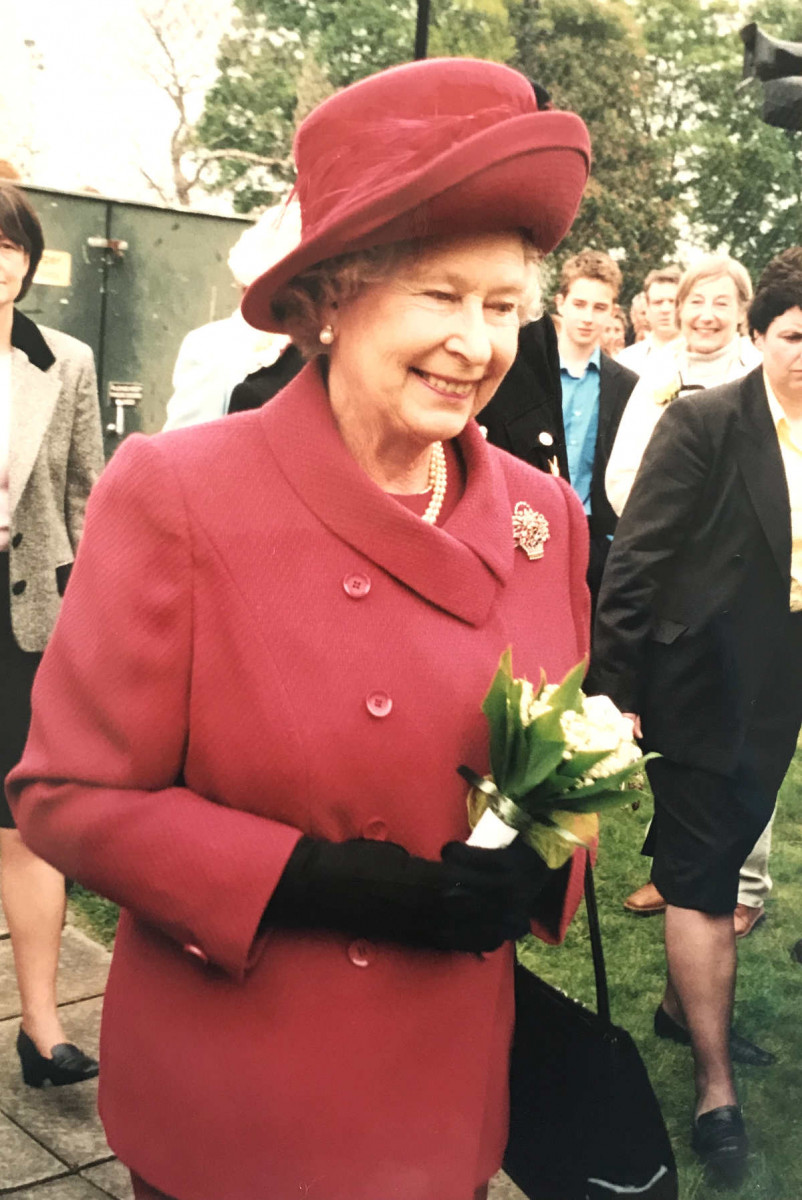 The first major milestone the Queen celebrated was her Silver Jubilee in 1977 for 25 years of service. These were followed by the Golden Jubilee (50 years) in 2002 and the Diamond Jubilee (60 years) in 2012. Above we see an example of one such celebration for the Golden Jubilee when Her Majesty attended the Berkshire Golden Youth event held at Bisham Abbey on 10th May 2002. Many throughout Berkshire showed their loyalty and affection to the Queen on these occasions by commemorating these events through loyal addresses, church services and the construction of monuments. Events, similar to those at the coronation, were also held to celebrate these Jubilees. Items showing parades, plays and street parties will all be displayed.

Another way jubilees have been celebrated is through the planting of trees. This year ‘The Queen’s Green Canopy’ is inviting people across the United Kingdom to ‘Plant a Tree for the Jubilee’ during the planting season October-March; or alternatively, gifting a tree. They also plan to identify 70 Ancient Trees to celebrate the 70-year reign of Her Majesty. See some examples of tree planting and learn more about Berkshire’s oldest trees in the exhibition. 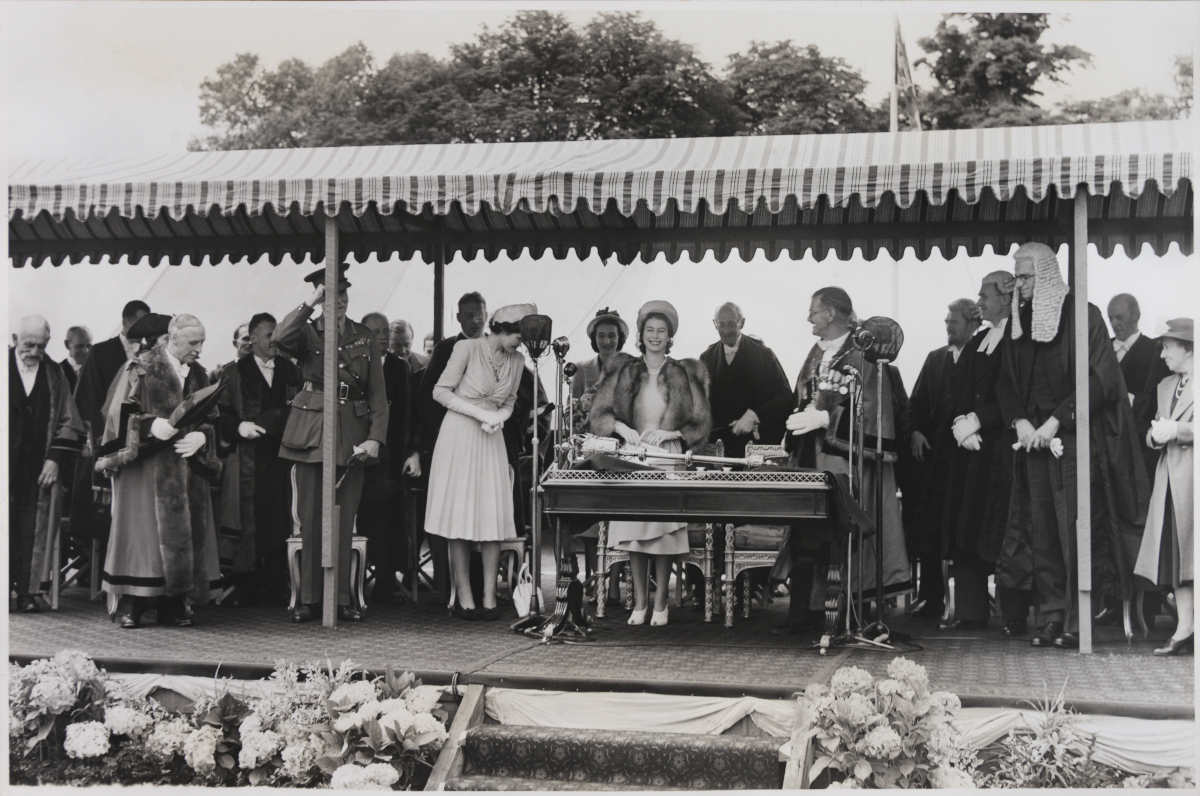 Berkshire, as the only Royal County, has always had a special relationship with the Royal Family. Above we see Her Majesty receiving the Freedom of the Borough in 1947 before she became Queen and was still HRH Princess Elizabeth. You can read more about this event in our highlight. The Queen is a frequent visitor to key locations, such as Windsor and Sandhurst, but has visited other parts of Berkshire too. Examples from the exhibition include watching bun throwing at Abingdon Town Hall and visiting St Bartholomew’s School, Newbury.

This close bond extends to Berkshire businesses too, who have often been commissioned to supply goods for the Royal Family. Huntley & Palmers of Reading made a wedding cake for the wedding of Princess Elizabeth and Lieutenant Philip Mountbatten in 1947. The famous biscuit makers also produced various tins commemorating visits and events relating to the Queen, one of which will be on display.

So, if you’re interested in seeing some of the items mentioned here or finding out more, please do come along to our free exhibition. It’s on from Thursday 26th May to Friday 26th August We’re during our opening hours of Tuesday to Thursday 09:00 to 17:00 and Friday 09:00 to 16:30.

Make a visit to the BRO’s ‘Happy and Glorious’ exhibition part of your Platinum Jubilee celebrations!