In this blog, we round up all the items and collections that have recently been catalogued at the BRO and are now available to view - catalogue references are given in brackets. You can use our online catalogue to find out more about these and other items in our collections. 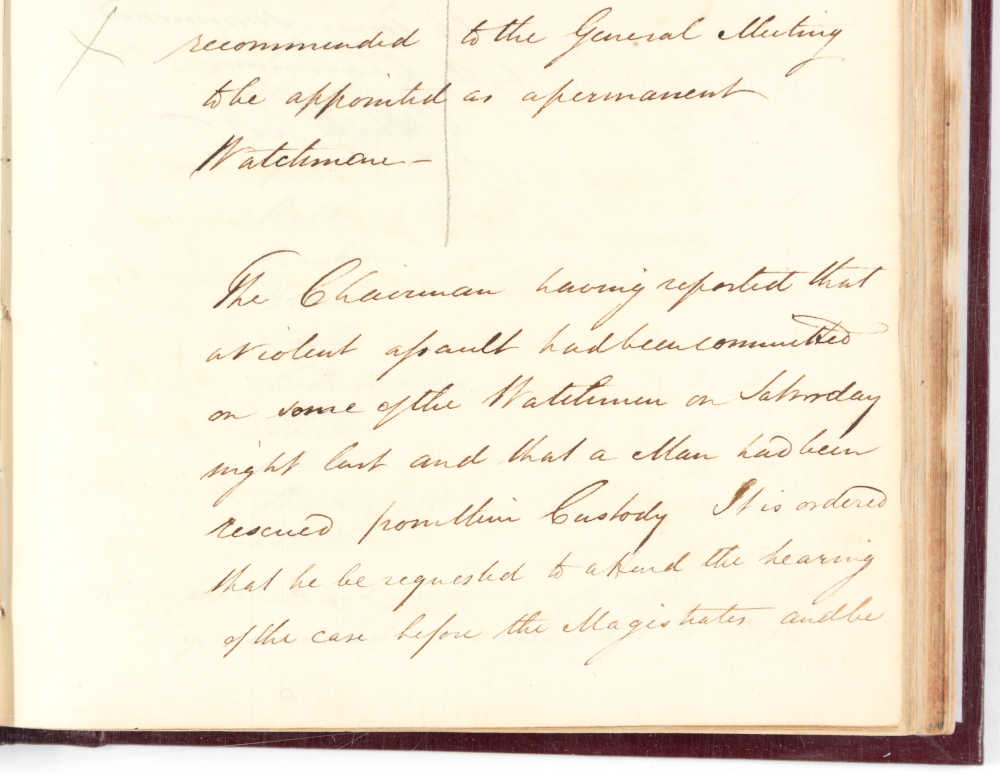 Before police forces existed, law and order in towns (particularly after dark) was maintained by an organisation called the Watch.  We have recently received Reading Watch Committee minutes, February 1828-June 1831 (R/AS1/2/6).  Although the book covers a relatively short period, it is full of interest. The watchmen’s uniform consisted of greatcoats to keep them warm in the long winter nights, which would have been worn over their own clothes; orders for the coats were made with nine separate tailors, in order to spread the profits among local businesses, in February 1828. Sometimes complaints were made against individual watchmen; for instance in October 1829 R R Moody, the Superintendent, was sacked in October 1829 for leaving his post unattended so he could go to Aldermaston Fair. The job could also be dangerous; there was a report in April 1828 'that a violent assault had been committed on some of the Watchmen ... and that a Man had been rescued from their Custody'.  Unfortunately we don’t know who these criminals were!

In December 1829 there is a note of ‘attempts at Robbery and the Town being infested with suspicious Character[s]’. In August 1828 the men complained that the lower pay they had always received for the shorter hours of work in the summer (due to the nights being shorter) was insufficient to maintain a family. The book also details the beats to be walked from each watch box, set routes to be followed around the town, as they existed in September 1828; and proposals for lighting the streets with gas rather than with dimmer oil lamps, in order to make them safer for the public, in 1830. The Watch Superintendent's report book, October 1826-February 1829 (R/AS1/5/5), another new arrival, is more mundane in its contents, but includes numbers, and occasionally names, of persons in custody; and notes of Watchmen in breach of their duty. The Watch was replaced by Reading Borough’s own police force in 1836. 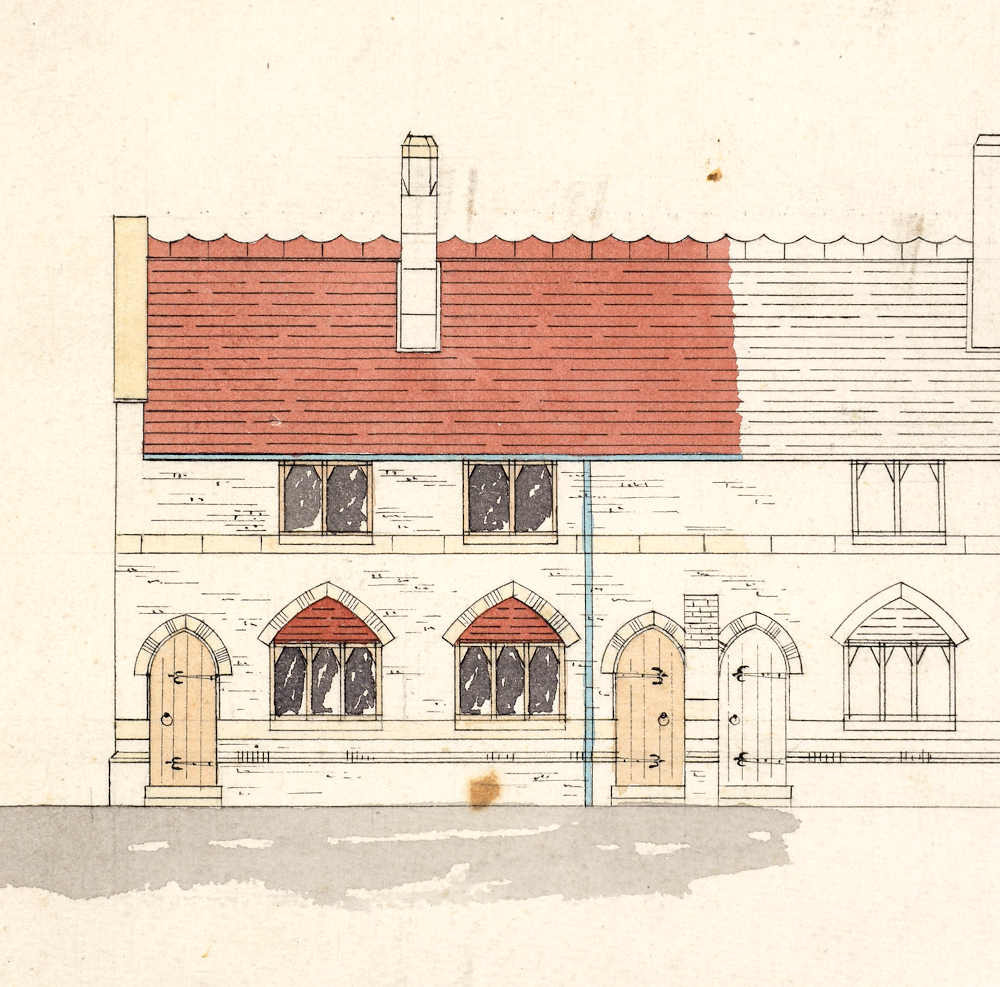 We have also catalogued records of several Sunningill and Ascot charities. Records of the Sunninghill Parochial Charities cover the period 1914-1987 (D/QX17). These charities were brought together in 1894 when a Charity Commission Scheme amalgamated a number of small charities. They provided for the Sunninghill parish almshouses, and made grants for the provision of warm clothing for older people and towards the support of people suffering from sickness and infirmity. From about 1959 the charity focussed on the management of its almshouses and the support of their residents.

The 1894 incorporation excluded the Sunninghill Fuel Allotment charity, the richest of the parish’s charities (D/QX23). Over 100 acres of land known as Sunninghill Bog was granted to the poor in lieu of their right or liberty to cut fuel from the common or waste lands under the enclosure of Windsor Forest.

More unusually we have also received a booklet produced in aid of The Friends of the Elderly and Gentlefolk's Help by a support group based at the Old Vicarage, Moulsford, which was one of its old people’s homes (D/EX2824). Recipes were contributed by supporters, including celebrites such as the Hon. Angus Ogilvy (member of the Royal family), Lady Sieff (of Marks & Spencer), the writer Dick Francis, etc.  This copy is slightly stained in places, so was evidently used in someone’s kitchen!

We have recently completed cataloguing of the records of a defunct Berkshire solicitor, M K Collard of Wantage, formerly Jotcham & Co, c.1604-1952 (D/ECO). The records are mainly those of their clients, and include records of Wantage Cottage Hospital and Wantage Engineering Company. 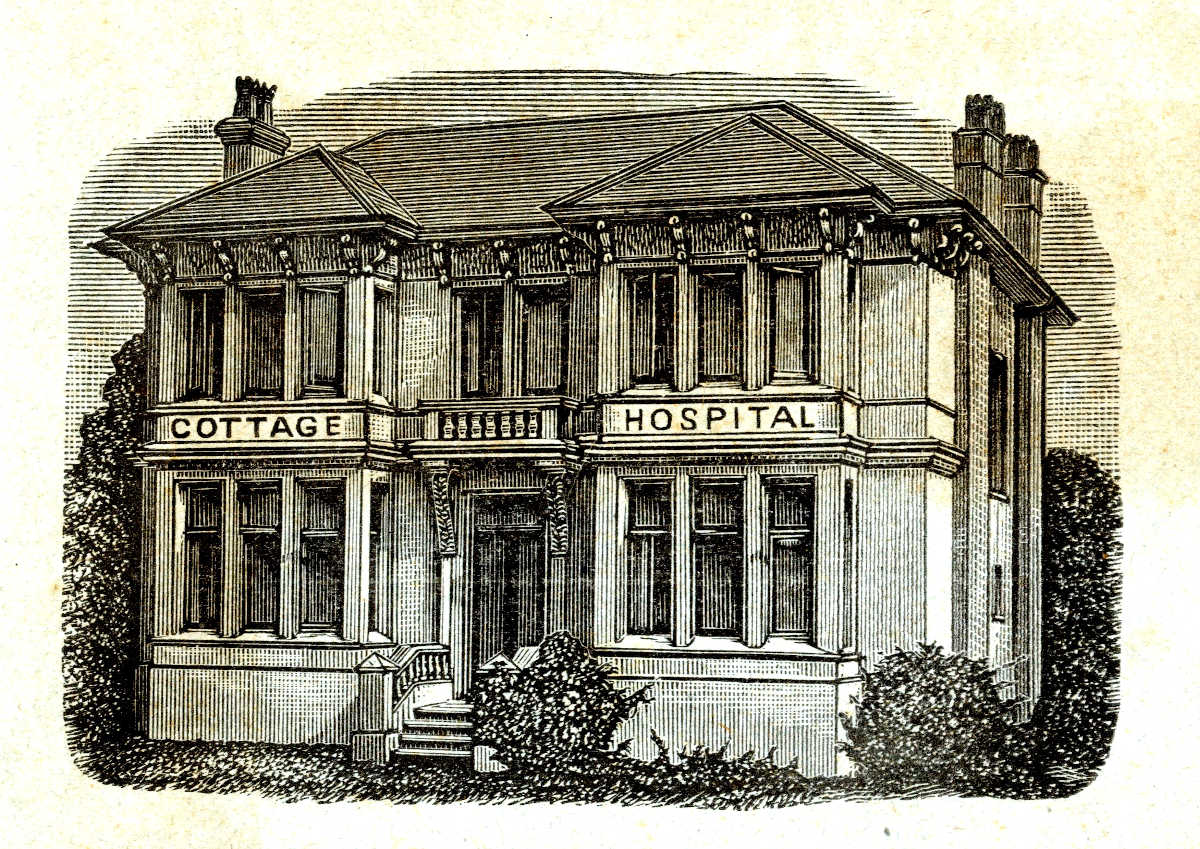 A small miscellaneous collection of records relating to Wantage (D/EX2526) includes minutes of Wantage Carnival Committee, 1936; and the local Festival of Britain Carnival Committee, 1950-1951.  A printed circular letter dated December 1919 asks for a donations towards the preparing a tract of land given by Edward B Ormond to become a recreation ground and park as memorial to those who served in the First World War.  There is also a deed of Letcombe Bassett manor, 1623; records of the Wantage Association for the Prosecution of Felons, 1839-1844; a highway rate book for Charlton, 1857-1861; a rent book for the estates of Sir Charles Saxon in Denchworth, Goosey, Wantage, Abingdon, Marcham, Sutton Courtenay and elsewhere, 1819-1837; and Standing Orders for Wantage Fire Brigade from the 1920s. 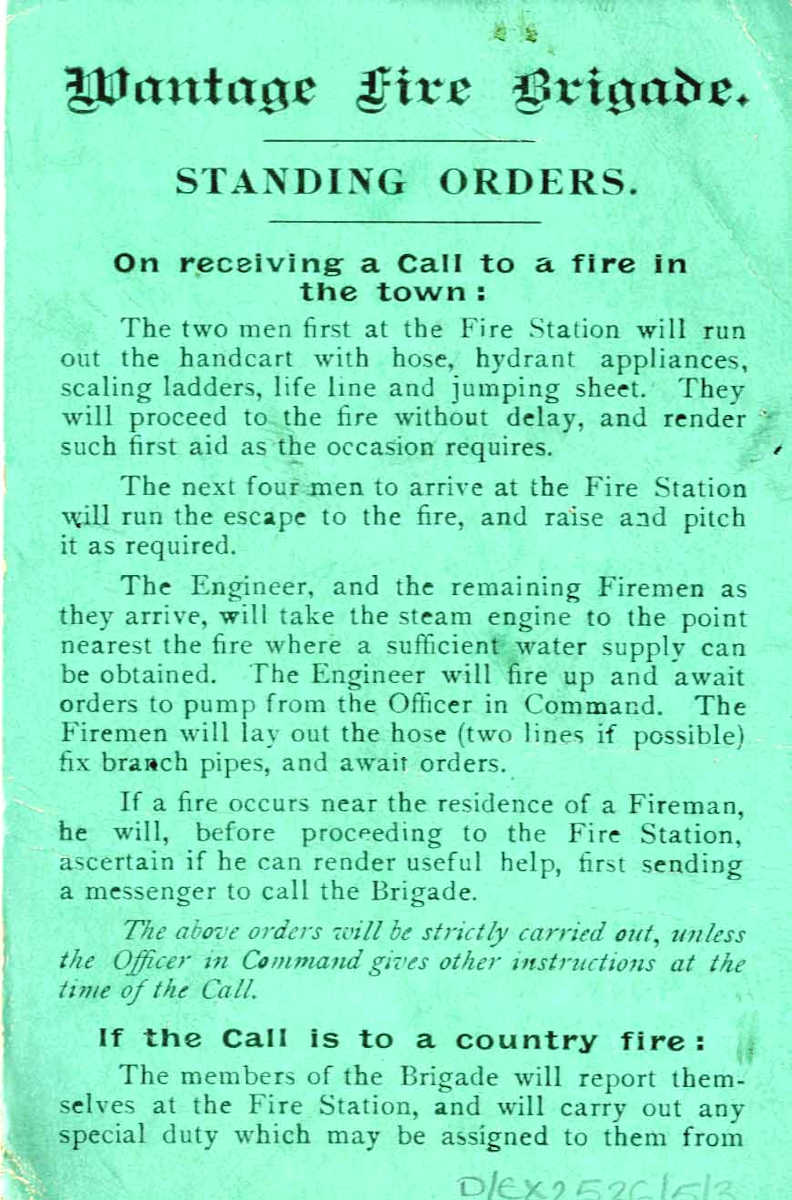 A rare copy of The Windsor Guide, by Charles Knight, 1824, has also been catalogued, but is sadly too fragile to be handled at present (WI/D311). You can view an earlier edition on the Royal Collection website.

You can find out more about any of the records mentioned here and more, by searching our online catalogue. Simply enter the collection references mentioned above into the Catalogue Reference field.