The Berkshire Record Office holds a large collection of papers from the Faringdon solicitors, Crowdy Rose (D/ECR). The business can trace its origins to at least 1823, when Richard Wheeler Crowdy is recorded in local directory as an attorney in Faringdon, and family members were still partners well into the 20th century. There is some personal material relating to the Crowdy family.  Most interesting are letters from Miss Fanny Crowdy, 1849-1864. Fanny ran a small private boarding school in Reading, hampered by a father who was obsessed with money matters (D/ECR/F4). The records are, however, mainly those of their clients, and cover a wide range of material, 1538-1932.

A particular highlight is a volume of minutes of the Faringdon Association for the Prosecution of Felons, February 1840-March 1882 (D/EC/Z3). Associations of this kind were popular in the 18th and 19th century to fight crime, offering rewards to witnesses helping to convict criminals. It is not clear when the Faringdon Association was formed, but it was in existence before February 1840, when Richard Wheeler Crowdy was re-elected as the association’s solicitor and treasurer. It was dissolved in 1882, due to falling membership, no doubt due to the increasing role of the police in bringing cases. One interesting inclusion is the approval for the hiring of men to watch the farm of John Fidel of Little Coxwell, to detect sheep thieves believed to come from Fernham, in December 1840. Payments were often made to witnesses for information leading to convictions.

A number of documents relate to the Wadley estate in Faringdon and to the Throckmorton family estates in Buckland.  A fascinating and rare agreement dated 1752 is for the management of the common pastures in Wadley (D/ECR/E16), revealing how such areas were managed by the local community before enclosure brought an end to the system; in this particular area a paid herdsman was employed to look after evreyone’s cattle. Another document (D/ECR/E13) records how in 1733 Lawrence Wyatt of Lechlade, Gloucestershire, barge master, was accused of breaking and entering another man’s field at Wadley, Faringdon, and allowing his cattle and horses to ‘eat up, tread down and consume’ the grass. Through the Throckmorton connection there is correspondence concerning the provision of evidence to the right of Richard Dalberg-Acton (1870-1924), who had been born overseas, to inherit his father’s title of Lord Acton in 1909 (D/ECR/F15). There is also a survey of the estates of the Loveden family of Buscot Park, 1849 (D/ECR/E3), which supplements other Loveden papers we already hold (D/ELV and D/ECH).

There are also various maps and plans in the collection (D/ECR/P1-P24). Here we have an extract from a plan of Walter Turrel’s estate in Fernham, 1750 (D/ECR/P9). 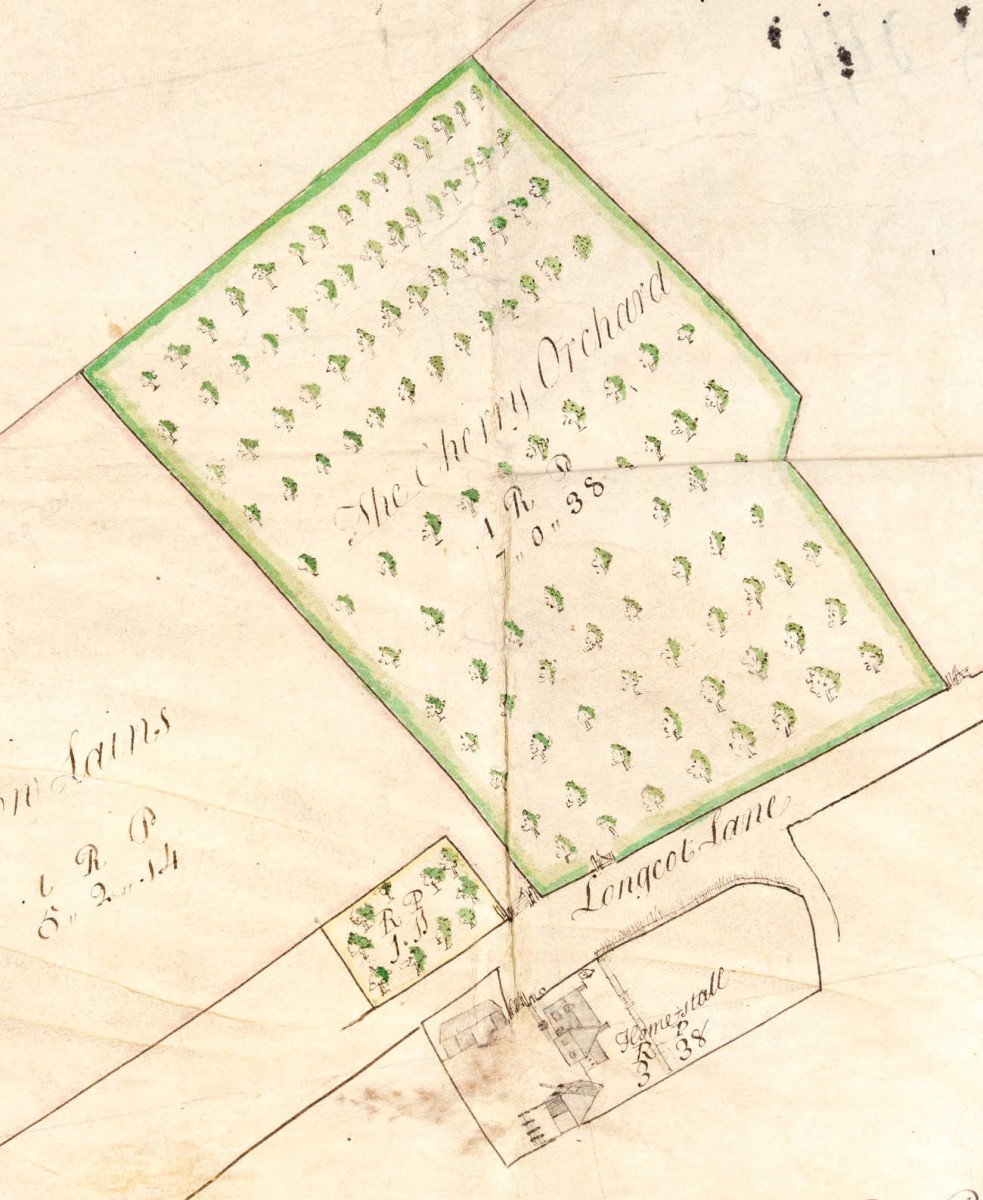 We find a rare example of the local background to the creation of a tithe map and award in minutes of meetings of the titheowners and landowners of Shellingford to discuss the proposed commutation of tithes in the parish by voluntary agreement, December 1837-December 1838; and of subsequent meetings with the official Tithe Commissioners, January 1840-May 1841 (D/ECR/O11). Richard Wheeler Crowdy was the agent for Thomas Mills Goodlake, the biggest landowner in the parish, and chaired most of the early meetings.  The tithe apportionment was finalised in 1841. Similar discussions must have taken place in other parishes.

Minutes of the Turnpike Trusts for the road from Fyfield in north Berkshire to St John’s Bridge, Gloucestershire, and the road from Kingston Bagpuize to Newbridge, 1787-1876, plus surveyor’s accounts for work on the former, 1836 and 1841, are a useful resource for transport history (D/ECR/O1-6).

Several of the Crowdys served as Under-sheriffs for the county of Berkshire, and papers gathered in this context include papers concerning a county address to congratulate Queen Victoria and the Prince of Wales (later Edward VII) for the latter’s recovery from a serious illness, 1872 (D/ECR/O17-19).

Finally, and amusingly for an archivist, there is a letter (D/ECR/E12) from 1733, referring to the public records (now at the National Archives) that reads “I told you the Records in the Tower were kept in a slovenly & disorderly manner ... I have been since better inform’d, that they have been regulated by a late Keeper of them; & that an exact Register of the Writings & Deeds deposited There, in the Pipe-Office, in the Rolls, & other Places in and about London, were ordered to be brought into Parliament upon the burning of the Cotton Library.”  Things are rather better organised today!