A silken map of gold 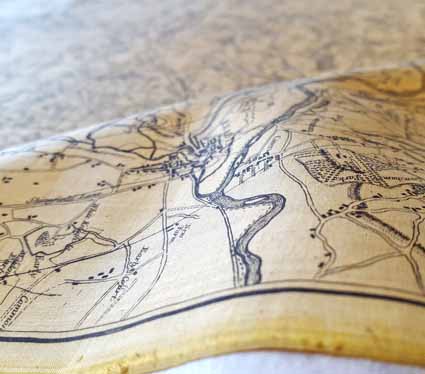 An intriguing and delicate item that you would not normally expect to find in an archive, is this lovely map printed on what could be described as a silk scarf or handkerchief, which is gold in colour and about 24cm square.

The printed inscription reads "To Christopher Griffith Esqr of Padworth This Map is Inscribed By his Humble Servant Thos Jefferys" which suggests that it was given as a gift to Griffith by Jefferys. The latter was a well-known cartogropher of the eighteenth century and the former was a member of parliament for the Berkshire constituency between 1774 and 1776. 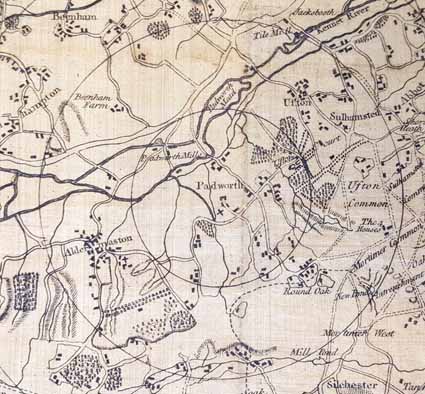 It is not known how Griffith and Jefferys knew each other or why the map was made, but we do know that Griffith lived at Padworth House in Padworth (now Padworth College). As the map is centered on area where Griffith lived, it can be seen as being quite a personal gift to him, particularly as is it made of silk. It is a fascinating item and a welcome change from traditional archival documents.