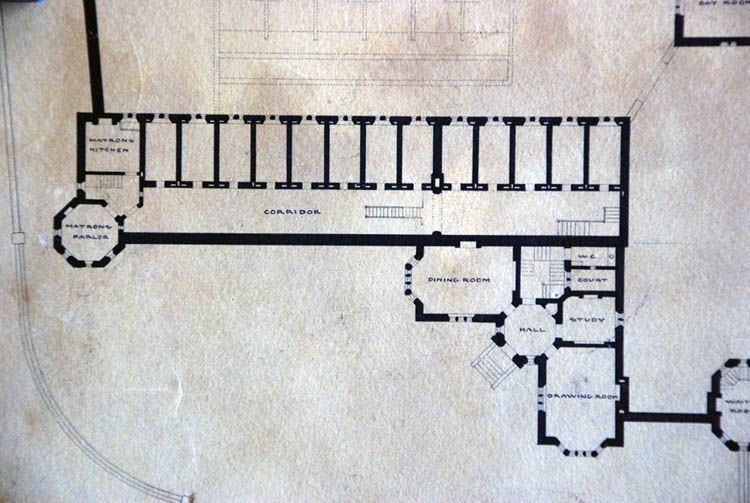 Floorplan of the women's wing of Reading Prison

Here is a section of the original plans for Reading Prison by architects George Gilbert Scott and William Bonython Moffatt. It shows 'E Wing', formerly the women's prison block, which abutted the north east wall of the Prison. The Irishmen were kept here, away from the 'aliens' (foreign nationals from German-supporting countries) who were interned in the main Victorian prison. 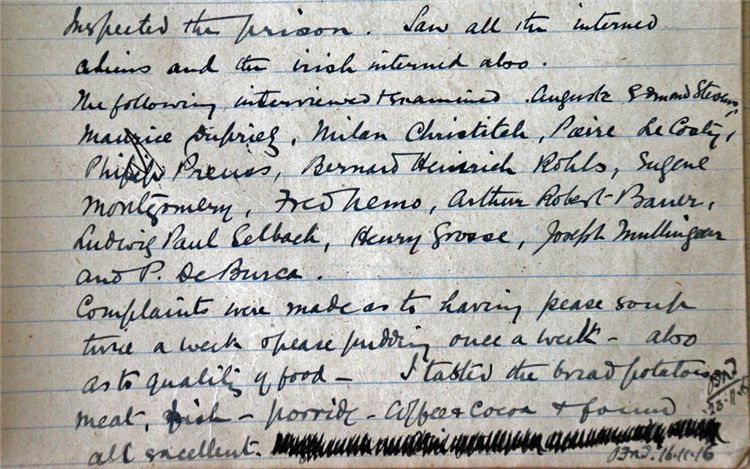 The Prison Inspector's notes from a visit in November 1916 gives details of complaints from internees, both 'alien' and 'Irish'. The groups of men were not happy with the food, objecting to 'having pease soup twice a week and pease pudding once a week'. 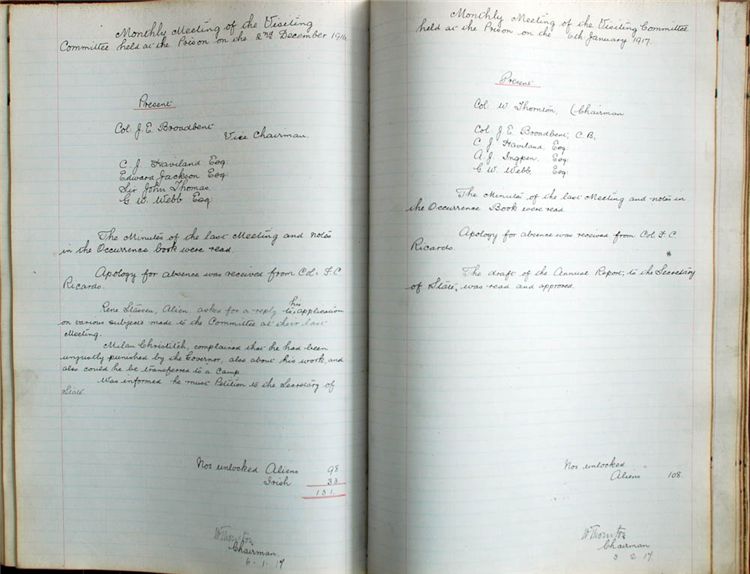 Minutes of the Prison Visiting Committee

The Prison's visiting committee was made up of local dignitaries. Until 1877, it reported to the Berkshire justices; afterwards, it acted on behalf of the Home Office.

During the period that the Irish were interned, the visiting committee's chairmen were Colonel Walter Thornton, formerly of the Royal Berkshire Battalion and a Justice of the Peace, and Colonel Edward Broadbent, formerly Chief Royal Engineer in the Punjab.

The bottom of each page is used to record the number of internees within the gaol; the Irish were discharged on Christmas Eve 1916.